Please use the form below to sign up for our free email newsletter.

Please fill out the reCAPTCHA challenge before proceeding

The largest Jurassic period fossil bone quarry in the world is located near Jensen, 20 miles east of Vernal. At the new Dinosaur Quarry Exhibit Hall (opening late fall 2011) you will see the fossilized remains of over 2,000 bones, partially excavated from the rock along a two story high, 200-foot-long wall. Dinosaur National Monument is the only National Park site to preserve an in-situ (fossil bones left in place) historic dinosaur quarry. At the base of the hill, a new Quarry Visitor Center is under construction, also planned to be opened in fall 2011. Exhibits and displays help explain the life and times of the creatures entombed in the Quarry.

Have you ever been face to face with a diplodocus giganticus? It's the first thing you'll see as you enter this fascinating and educational museum which houses diverse exhibits of historic, prehistoric and geological times in the Uinta Basin and Mountains. Natural history displays reveal much of the ecological diversity of the area. Artifacts from the Fremont culture and Ute Indian ceremonial attire are featured in the Amerindian Hall. Other exhibits include fossils in the Geology Hall and the Rock and Mineral Hall. 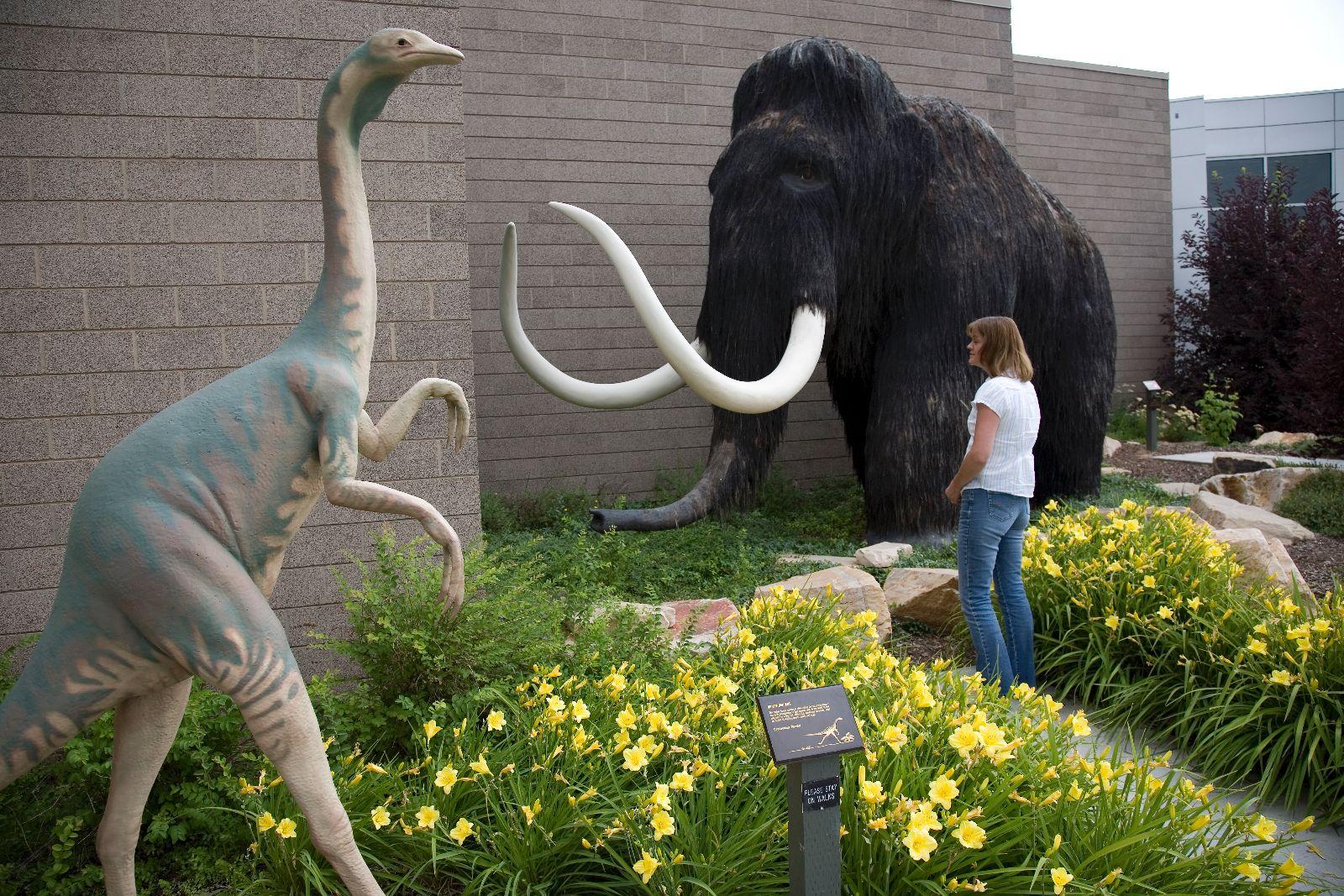 Eighteen life-sized dinosaurs and creatures from the Mesozoic period (65 to 150 million years ago) are on permanent display in the Dinosaur Gardens. See a ferocious Tyrannosaurus rex, the giant diplodocus, the spiky stegosaurus and the Utah Raptor. A small lake and native foliage representative of the time period complete the illusion. Bring your camera! Located at 235 East Main in Vernal. Museum hours are 8 a.m. to 9 p.m. from Memorial Day through Labor Day and 9 a.m. to 5 p.m. the remainder of the year (closed Thanksgiving, Christmas and New Year's). Handicapped accessible. Fee charged. (435) 789-3799 www.stateparks.utah.gov/parks/utah-field-house 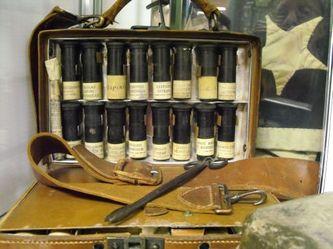 This museum houses memoriabilia from Uintah County's "outlaw" past as well as photographs and other artifacts with a western theme from the early part of the 1900's. Located in the Western Park Complex at 302 East 200 South in Vernal. Hours are 9 a.m. to 6 p.m. Monday through Saturday from Memorial Day to Labor Day and 10 a.m. to 5 p.m. the remainder of the year. FREE. Handicapped accessible. (435) 789-7399  Uintahmuseum.org

Established by the famous mountain man Jim Bridger and Louis Vasquez in 1843 as an emigrant supply stop along the Oregon Trail. It was obtained by the Mormons in the early 1850s, and then became a military outpost in 1858. In 1933, the property was dedicated as a Wyoming Historical Landmark and Museum. There are several restored historical buildings from the military time period, a reconstruction of the 1840’s era trading post operated by Jim Bridger, and an interpretive archaeological site containing the base of the cobble rock wall built by the Mormons during their occupation of the fort. All of these locations are signed in Braille. In addition, a museum containing artifacts from the various different historical time periods is housed in the 1888 stone barracks building. There are gift shops in both museums and the reconstructed trading post. This is the site used for one of the biggest mountain man rendezvous in the country, held every Labor Day weekend. Open Year-round. Fee Charged. (307) 782-3842 www.wyoparks.state.wy.us

The Rock Springs Historical Museum is housed in the original Rock Springs City Hall. Built in in 1894 from locally quarried sandstone, the building itself is the museum's single largest artifact! Building funds did not come from the ever present Union Pacific Coal Company and Railroad, but from revenues collected in the issuing of liquor licenses. The museum now houses many exhibits on the history of Rock Springs with special emphasis on its coal mining and multi-national heritage. 10am to 5pm Monday through Saturday, year-round. FREE (307) 362-3138 www.rswy.net

Discover the rich cultural heritage of southwestern Wyoming at the Sweetwater County Historical Museum. Established in 1967 to preserve the history of Sweetwater County, the museum galleries feature both permanent and temporary exhibitions from Native Americans to early settlers to mining to outlaw history. The Museum is housed in the old Green River Post Office building. The first federal building in the city, the Post Office was built in 1931 under the Elliot Act, a pre-New Deal economic recovery plan. As was common at the time, the building is of Neo-classical design and is one of three buildings in Green River on the National Register of Historic Places. 10am to 6pm Monday thru Saturday, year-round. FREE (307) 872-6435 www.sweetwatermuseum.org

They're long gone now, but you can see five life-size replicas of the hulking creatures at Western Wyoming Community College in Rock Springs. Although archaeologists have found fossils of these monsters all over Wyoming, the most prized specimens were taken to the big natural history museums in the east. So in 1989, locals began a fund raising campaign to return Wyoming's dinosaurs back to where they first roamed. In addition to the five dinosaurs, the museum displays several wall-mounted fossils of fish, huge leaves and reptiles that have been discovered in the area. You can also see interesting artifacts such as prehistoric pottery, smaller fossils and items associated with the earliest known humans who lived in the vicinity. Open daily 9am-10pm, year-round. FREE (307) 382-1600 Tourwyoming.com

The rugged lands of Daggett County have been an area of occupation for thousands of years. In modern times, it was one of the last areas to be settled in the frontier west. Enjoy displays in the Daggett County Centennial Museum that speak to the lives of Native Americans, rugged pioneers and the outlaws that called this beautiful area home. The Museum is housed in a 1940's Clay Basin schoolhouse, moved to its current location as part of the Utah Centennial in 1996. Other parts of this complex include the old Daggett County Jail and a School Marm's Cabin. 10am to 4pm, closed Sundays. Memorial Day through Labor Day. FREE (435) 784-3387 www.daggettcounty.org